Should You Worry About Retirement? 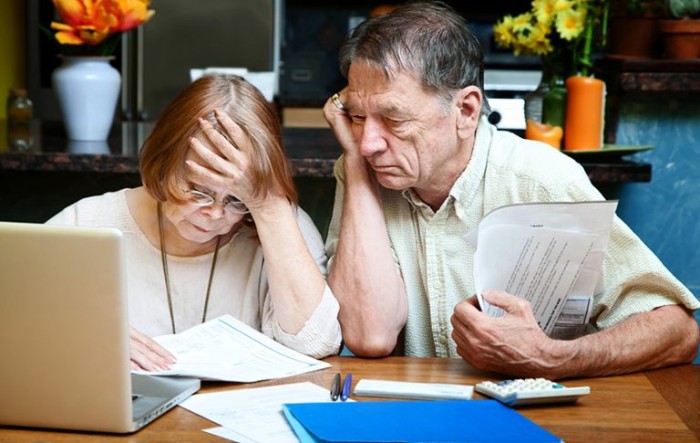 Worrying about retirement usually doesn't even come until you are in your mid-to-late 30s. You may still be single or you may have a family, but you soon begin to wonder: am I going to be working for the rest of my life? How much should I put away for retirement? How much will I need in retirement? Am I ever going to be able to retire?

Walk into any retail store, such as Walmart or even Home Depot and you will find some Elderly still working. Have you ever asked them why they are still working? The good news is that the majority of them are not working because they have to work but rather because they are looking for something to do, something to make them still feel relevant, and something to give them a little extra in their paychecks. They do have to make under a certain amount in order to also continue collecting social security. What exactly are they saving for by this age?

It is likely they feel they would like to have a nest egg just in case for emergencies or to splurge on their grandchildren. They could be putting away to help save for their grandchildren's education or even leaving something extra for their children when they are gone. It could be that they just want to work and have extra money. If there is something about human nature I've learned, especially about older people: they were in the rat race so long that they never left the mindset of feeling they never have enough money.

I've spent years trying to teach my father, my mother, and several of my elderly friends that if you go out to shop at a supermarket, you should buy the brand name. If you go to a restaurant and you see a meal that costs in the upper teens or even in the twenties, to get it and enjoy every bite of it. While we often worry about going broke or being broke when we are young, there is a certain amount that is guaranteed by social security when we are old. Having this in mind, an elderly person who is retired and collecting social security may still have to plan a budget and allocate a certain amount towards dining, grocery shopping, and even gasoline or car maintenance and rent. Healthcare costs are usually covered by Medicare and Medicaid depending on social security income.

So should you really worry about retirement?

If you've been working for most of your life and hardly saved a dime, there's a reason social security exists. If you have worked at least 10 years of constant employment, you will have earned some credits towards your social security [source: https://www.fool.com/retirement/2020/12/30/how-many-years-must-you-work-to-collect-social-sec/ ], this would be considered the bare minimum and you could earn somewhere around $700+ [2020-2030 dollars], but adjusting for inflation and cost of living, it's not a very hefty sum. If you've worked 30 years, you will be able to receive a higher amount in your social security check.

You should probably aim for a minimum of 20 - 25 years of continuous work and retire closer to 66.4 years of age to earn a decent wage during your retirement. There are plenty of government assistance programs for senior citizens including senior housing which is based on social security and allows the elderly to still live and lead very comfortable lives. Whether you saved enough money or not, you should not lose too much sleep over worrying about retirement.

To put you at a comfortable ease, I can tell you from personal experience what it would be like if you worked a relatively stable job with small bouts of unemployment or gaps in your job history. I know a man who is now 85 years old, who was employed through various companies in his life, particularly trucking companies and even Walmart for several years. There were times, possibly year-gaps where he was unemployed, but for the most part, he was able to still collect social security. At 62, he decided to retire somewhere between 1997 and 1999. His retirement was escalated when he could no longer find work in his last few years.

At that time, social security was paying around $600 to $700 a month which would have been enough to rent a place and have a little left over for food. In 2022, this man is earning around $1200 a month, which is just social security adjusted for inflation and cost of living. He is also living in a place designed for seniors and has applied for Section 8 housing [source: https://www.hud.gov/ ], which helps senior citizens whose social security checks are covering about half the rent. This government assistance program helps individuals to be able to afford food and other living expenses, while also helping them to pay their rent. So instead of paying $500 or $600 for rent, seniors will pay around $300 - $400 for rent instead. Section 8 housing is awarded based on what is received social security income.

While we will not discuss on this article when is the best time to take retirement, it provides a unique look on making a decision that will follow you for the rest of your life. Had he taken his retirement at 66.4 years old, that amount would have increased by several hundred more. Today, although he is suffering from early-stage dementia and was recently diagnosed with colon cancer, he is living comfortably, able to save a little extra in his bank account, and he sleeps well at night. He has been divorced for over 30 years and although he has no contact with his former family, he is able to afford his life and lifestyle.

If you are worried about retirement and not having enough, stop worrying. If you worked at least 10 to 15 years in your life, you will be receiving a paycheck from the government. You will also have plenty of government-assistance programs to ensure that your quality of life remains in fair to good standing. There are housing programs, food stamps, and even local transportation assistance, which may reduce or allow seniors to ride for free on local bus transportation. You will not be buying any luxury cars or living in luxury housing, but you should still be able to live comfortably in your retirement.

← Previous: Who Wants To Retire A Millionaire? Next: What Age Should You Start Thinking About Retirement? →